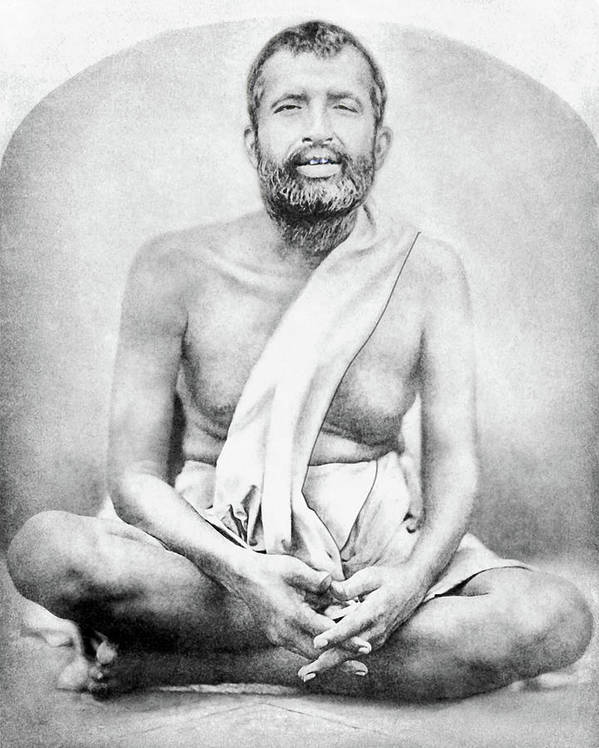 Sri Ramakrishna poster by Bavanath Chatterjee.   Our posters are produced on acid-free papers using archival inks to guarantee that they last a lifetime without fading or loss of color. All posters include a 1" white border around the image to allow for future framing and matting, if desired.

This picture was taken in front of the Krishna temple at Dakshineswar in 1884, when Sri Ramakrishna was 48 years old. According to Swami... more

This picture was taken in front of the Krishna temple at Dakshineswar in 1884, when Sri Ramakrishna was 48 years old. According to Swami Nirvanananda, “Bavanath Chatterjee, the Master’s devotee from Baranagore, wanted to take a photograph of the Master. One day he requested him very strongly to give his consent, and on the afternoon of the next day brought a photographer along with him from Baranagore. He could not make the Master agree. The Master just went away near the Radhakanta [Krishna] temple. “In the meantime Narendra arrived on the scene and heard everything; he said, ‘Wait a bit. I shall put everything straight.’ Saying this, he went to the veranda to the west of the Radhakanta temple where Sri Ramakrishna was sitting and started a religious conversation with him. The Master went into samadhi. Swamiji went and called the others and ordered them to get ready quickly to take the picture. “In the state of samadhi the Master’s body was bent on one side and therefo...